Software designers are faced with at least two dilemmas. Do we:

And there is a classic software designer’s trap – designing for themselves instead of the user.

Get it right and you succeed.  Get it wrong and you bomb.

Gutenberg – the new editor for WordPress is approaching the point at which it will make it into the core product. Up to now it has been available as a plugin to those who sought it out.  With release 4.9.8 the developers have put Gutenberg front and centre by defaulting to it, with an opt out.  In version 5 it becomes core.

I have been testing each Gutenberg release in the hope it would solve the problems I have with WordPress.  And it’s a dud.  It is, frankly, awful.

WordPress has two distinctly different uses.  It’s original purpose was to provide a platform for bloggers. But the massive plugin library that has developed allows you to do do much more, and build entire web sites.

These two use cases require very different approaches to content creation.  Bloggers are post-centric.  Whilst they may build a home page, the most important content is posts.  Posts are linear – a stream of text.

Web site builders are page-centric.  They use drag and drop blocks to place components on pages.  A website’s content is anything but linear.

The classic editor reflects the needs of the blogger, using a set up that mirrors the environment that most people are familiar with – a document.  Documents are linear and that method of writing is ingrained – from our first writing lessons at primary school we learned to write in a linear way.  Decades of experience with products like Microsoft Word and Google Docs have created an expectation that our applications will support linear writing.  And WordPress mostly supports that concept.

I say “mostly” because while the classic editor is billed as a WYSIWYG editor, it really isn’t.  The back end makes a valiant attempt to show you what the user will see at the front end, but fails.  To really see what site visitors will see you have to use the Preview function.  As you refine your post,  you have to keep refreshing the preview and flip back and forth between the edit and preview tabs which is a chore.  If a revamp of the editor needs to do anything it is to:

Gutenberg addresses the placing of media relative to the text, but neither of the other issues,  In fact, the representation of the theme’s font in the editor is even worse, and the team seem to have embraced the current ludicrous “design” decision to hide things until you need them, by only making them appear on mouseover.  That is one of the stupidest design ideas ever.  It may be “cool” but “cool” does not always equate to usable. And it completely fails the “don’t make the user stop and think” test.

Cool does not always equate to usable

If I look at Gutenberg from the point of view of a blogger my adoption criterion is simple. WIIFM?

Q. What new features are there that would justify my going through the learning curve?

Q. Does Gutenberg address my issues with the Visual Editor?

No WIIFMs, no installation. Period.

Many themes contain components that allow you to build basic websites.  I use  Sweetness by BNE Creative and you can see the various ways I have used this, from the very basic blog style of Oh-Angus through the more advanced Process-Guru,  the home page for this site and my most complex site – OurFamilyHistory.  The design of these sites is very basic but they meet my needs and use nothing more than the theme’s shortcodes.  The downside is that the more complex shortcodes make the text in the Visual Editor look even less WYSIWYG.  But it’s bearable because:

Web site builders have access to WordPress plugins that provide block-building capabilities.  There are lots of them and here’s a link to a quick review of some of the best. 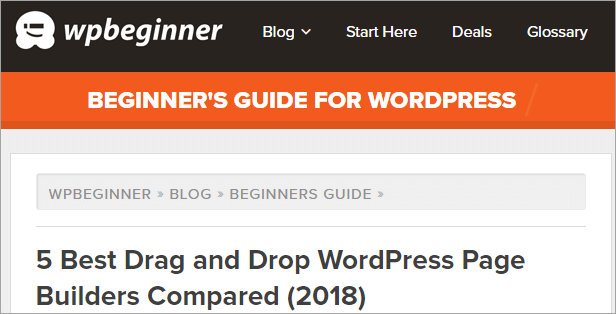 What sets the best of these apart is that they allow you to build the page in the front end, so you can immediately see the effects of any edits.

Gutenberg fails to meet the core needs of either of its major audiences, especially by failing to implement anything in the front-end.

How does Gutenberg match up?  Well, the short answer is, not very well.  Sure, it has blocks, but they are implemented in the back-end so, unlike the page builders, it’s not WYSIWYG.

Now, that issue may be addressed in the future but right now Gutenberg seems to meet the core needs of neither of its major audiences, especially by failing to implement anything in the front-end.

And it’s not just me

Here’s the view of a long-time expert

Is that just another lone voice?  Let’s look at the limited stats that are available.  I took a snapshot of the +ve and -ve reviews on the Gutenberg site on the day 4.9.8 was released, and two days later.

The stats on the day 4.9.8 core was released reflect the accumulated opinions of users through the first plugin releases.  During this period Gutenberg’s audience was early adopters, like me – people who sought it out.   The stats 2 days later reflect the reviews added since Gutenberg was forced onto users’ radar.  I have omitted the 3 star reviews as being neither +ve or -ve

From these results, two conclusions can be drawn:

By including the total stats through the Gutenberg development cycle it could be argued that the results are biased by the inevitable pushback against an early, less polished version.  We can eliminate that risk by only focusing on the reviews submitted since 4.9.8 was released.

That makes the results even more stark.  The objectors outnumber the supporters by about four to one.

It could be argued that as the number of reviews is only measured in hundreds:

So let’s look at another statistic – the number of active installs of the Gutenberg plugin and the two most popular “Disable Gutenberg” plugins.  I have limited the latter to those whose active installations exceed 1,000 (there are others who fall beneath the 1,000 threshold.)

I am a software product manager.  If my user feedback was as negative as it is in figures 1 and 2, I would be seriously questioning the wisdom of a wider release.  If I went ahead and released and got the responses shown in figure 3, I’d not be surprised to be fired.

If I saw a set of stats (fig 4) showing that 68% were so opposed that they installed a blocker I would back out the changes.

The WP Core development team have set themselves on a course from which they will not deviate.  Their ideas break the principles of good UI / UX design.  They have had plenty of user feedback but they aren’t listening.  They appear to believe they know better than their users.

Apple have become a $1Trillion company by obsessing on good design and producing products that customers not just want, but desire. Blackberry obsessed about their physical keyboard and believed in their invincibility.

Pride comes before a fall.  In Gutenberg’s case the crash could cause an earthquake.

Things are going south.  Here’s the latest graph, and dislikes are sprinting ahead: